Three bills pending before the Missouri General Assembly would give incarcerated women in Missouri access to free tampons or sanitary napkins that meet industry standards. With findings from Missouri Appleseed’s research, Rep. Sara Walsh, R-Ashland is working with the corrections department to essentially double its budget regarding feminine hygiene products for fiscal year 2020, providing women in Missouri prisons with similar options to federal prisons.

You might also like
St. Louis County Jail Offers Pads And Tampons To Inmates Free Of Charge
November 11, 2019

Missouri should give women in its prisons free, quality tampons and pads
May 6, 2019

Missouri should give women in its prisons free, quality tampons and pads

Previous Post
St. Louis Board of Alderman Vote to Improve Incarcerated Women’s Health
Next Post
Inmates have to buy their own tampons
Close Dr. Prendergast received a B.A. from Yale University and a Ph.D. in English from Notre Dame. 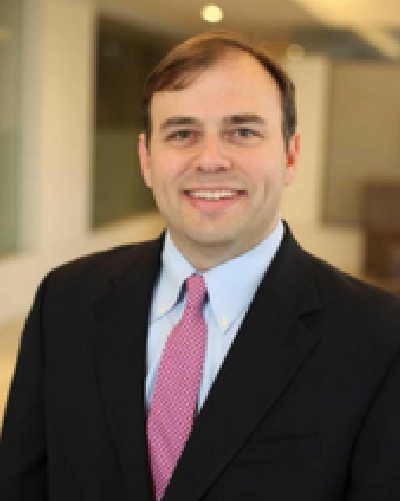 A partner at Bryan Cave Leighton Paisner, where he focuses on mergers and acquisitions, securities law, and general corporate matters, Mr. Kaye holds a J.D. and an M.B.A. from Washington University in St. Louis. He also serves on the Board of Directors of College Bound. Mr. Kaye has been a member of Missouri Appleseed’s Board of Directors since November 2017. 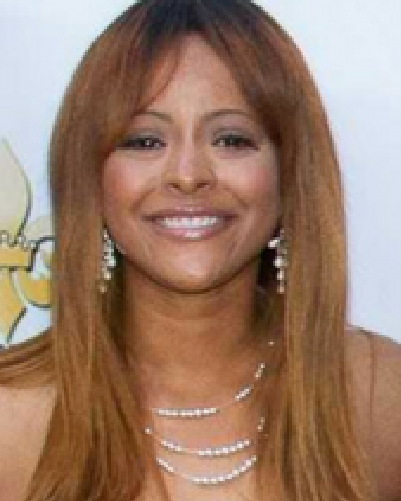 Ms. Moorhead received her B.A. in Interdisciplinary Studies from the University of Missouri – Columbia. She holds an M.B.A. in Marketing and an M.A. in Corporate Communication in Promotions from Lindenwood University. She is the former Director of Communications and Annual Programs for SSM Health Care – St. Louis, a former Lambert St. Louis Airport Commissioner and Forest Park Advisory Board Member, and a member of the 2011-2012 class of Leadership St. Louis. She is currently a Ph.D. candidate in Educational Leadership and Policy Analysis with an emphasis in Critical Race Theory at University of Missouri – St. Louis and an Adjunct Professor of Communications at Lindenwood University. Ms. Moorhead has been a member of Missouri Appleseed’s Board of Directors since November 2017. 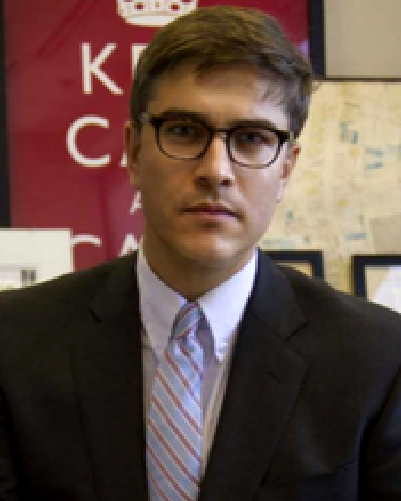 Mr. Eastwood is a litigator, mostly in civil rights, who has won significant verdicts and settlements for victims of government misconduct, for whistleblowers, and for those harmed by breach of trust and contract. He received his B.A. and J.D. from Yale, where he has also taught. Before law school, he managed the site design competition for the rebuilding of the World Trade Center at Ground Zero. Mr. Eastwood serves on the boards of several St. Louis nonprofits and has been a director of Missouri Appleseed since November 2017. 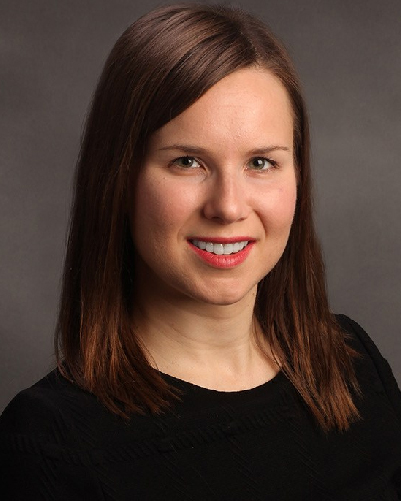 Ms. Carney is a staff attorney at ACLU of Missouri. Before that, she served as in-house counsel at Wells Fargo Advisors, where she supported the brokerage business with a variety of legal matters. Previously, Ms. Carney clerked for Chief Judge Rodney Sippel of the United States District Court for the Eastern District of Missouri and spent several years practicing trusts and estates law. She is a graduate of Northwestern University and Washington University in St. Louis School of Law. She has been a member of Missouri Appleseed’s Board of Directors since April 2019. 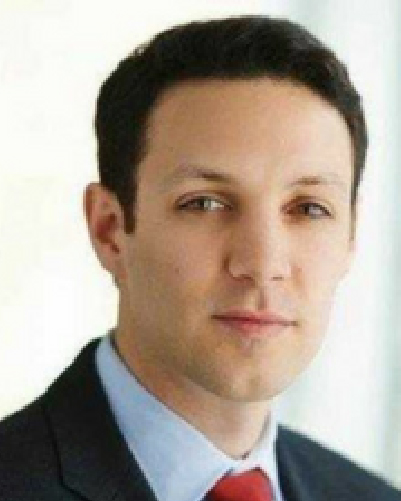 Board Nominations and Governance

Mr. Schlichter is a trial attorney at Schlichter Bogard & Denton, where he focuses on class actions and complex civil litigation. He received his B.A. from Georgetown University and J.D. from the University of Michigan Law School and has been a member of Missouri Appleseed’s Board of Directors since November 2017. 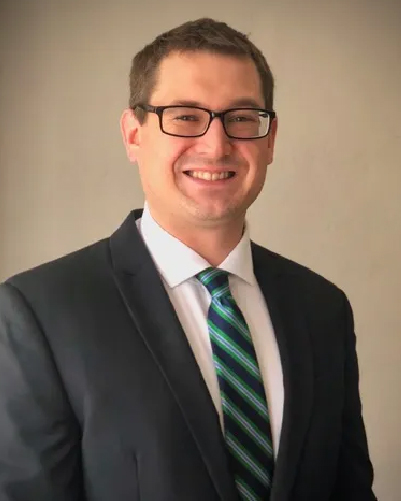 Mr. Hall is an associate attorney at Armstrong Teasdale, LLP, where he practices corporate and health care law. He obtained his B.A. in Political Science and Public Policy from the Rockefeller College of Public Affairs & Policy at SUNY Albany and his J.D. with concentrations in both health and employment law from St. Louis University School of Law. Prior to and during law school, Mr. Hall worked extensively in government relations, including on state and federal health policy issues. 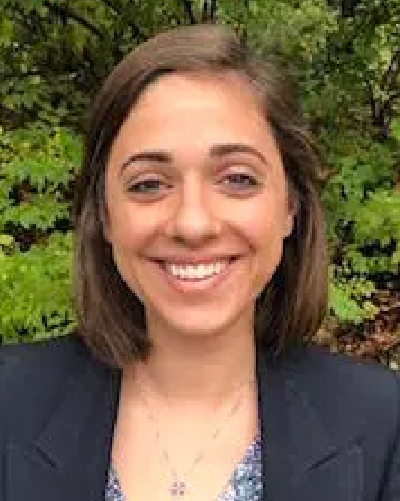 Ms. Henry earned her B.A. in Justice Systems from Truman State University and her J.D. from St. Louis University. She spent nearly two years as an Assistant Circuit Attorney in St. Louis City, where she prosecuted cases ranging from misdemeanors to sex crimes and child abuse. Ms. Henry then spent several years representing juveniles in delinquency and criminal proceedings as part of the Missouri Public Defender’s Juvenile Defense Unit. Most recently Ms. Henry taught several courses as an adjunct professor in the Criminal Justice Program at St. Louis Community College. Ms. Henry has been a member of Missouri Appleseed’s Board of Directors since November 2017. 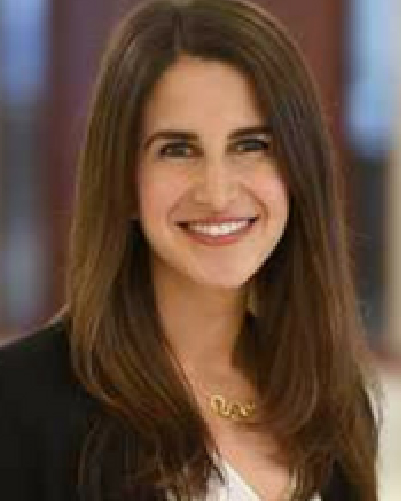 Mrs. Katz is an attorney at Greensfelder, Hemker & Gale, P.C. She practices litigation with a focus on corporate defense work. She previously worked for the Office of the District Attorney General in Nashville, Tennessee, where she led the domestic violence prosecution team. In 2014, Mrs. Katz received the Outstanding State Government Official award for her work as a prosecutor. Mrs. Katz served as a director of The Mary Parrish Center for victims of domestic and sexual violence in Nashville and has been a director of Missouri Appleseed since January 2018. 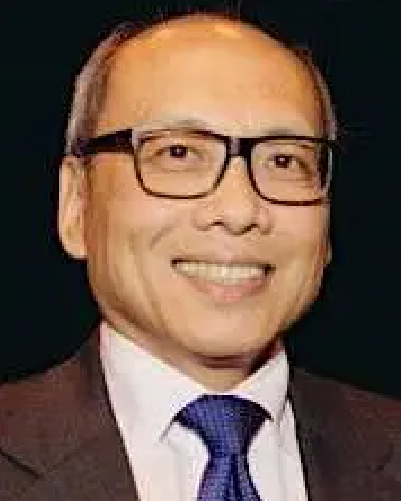 Mr. Lin received his B.A. from Harvard University and his J.D. from Columbia University. He is Chief Legal Officer for Mohegan Gaming & Entertainment. He is a retired partner at Latham & Watkins LLP, where his practice focused on the representation of private equity firms in mergers and acquisitions and capital market transactions. He serves on the Board of Visitors of Columbia Law School. Mr. Lin is Chairman of National Appleseed’s Board of Directors and has been a member of Missouri Appleseed’s Board of Directors since November 2017. 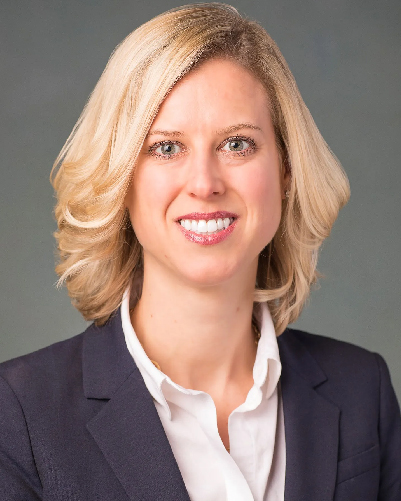 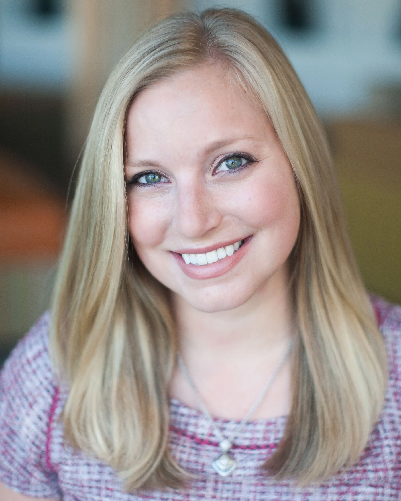 Arianna Muckerman is the Senior Director for the Centene Corporation. She received her B.A. from Boston College and her M.P.H. from Washington University in St. Louis. She has been a member of Missouri Appleseed’s Board of Directors since July 2021. 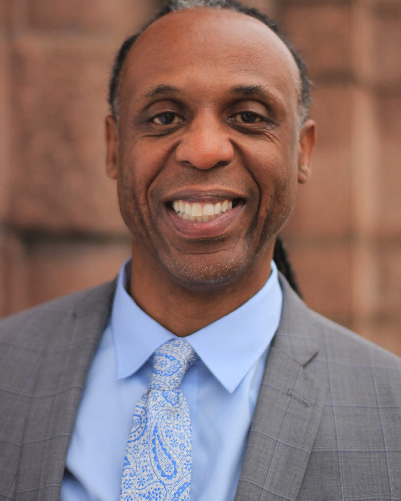 Mr. Pinkney previously served as the Director of the Mayor’s Office of Children, Youth, and Families for the City of St. Louis. He has overseen the development of a Crisis Management System focused on building healthy and vibrant communities by addressing trauma and increasing access to care. Prior to joining the administration, Pinkney was a FUSE Executive Fellow leading a cross-sector group of stakeholders in the development of a comprehensive pretrial reform plan in the City of St. Louis.

Wilford holds a B.S. in Organizational Management from Mercy College, a Masters in Public Administration from New York University, and a Master of Arts in Political Science from the CUNY Graduate Center. He is currently a doctoral candidate in Political Science at the CUNY Graduate Center, where he specializes in public policy and American politics. 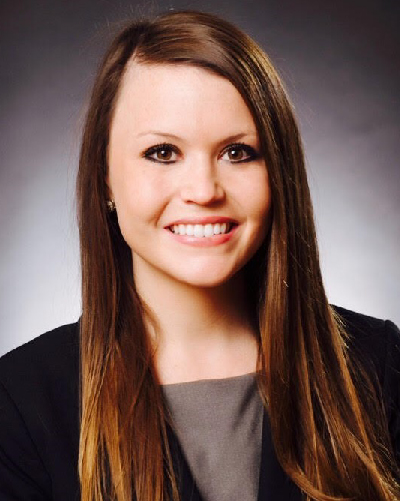 Alex Rankin is the Associate Director of State Policy with Upstream USA and has worked to advance access to health care throughout her career. Prior to joining Upstream, Alex worked as the Director of Government Affairs for a large health foundation where she was responsible for engaging and educating policymakers on various health policy topics, including Medicaid and maternal and reproductive health. Alex graduated from Saint Louis University School of Law in 2015 with a concentration in health law and is a licensed attorney through the Missouri Bar. Alex lives in St. Louis with her husband, daughter, and dog and enjoys exploring new parks and the vibrant St. Louis foodie scene. 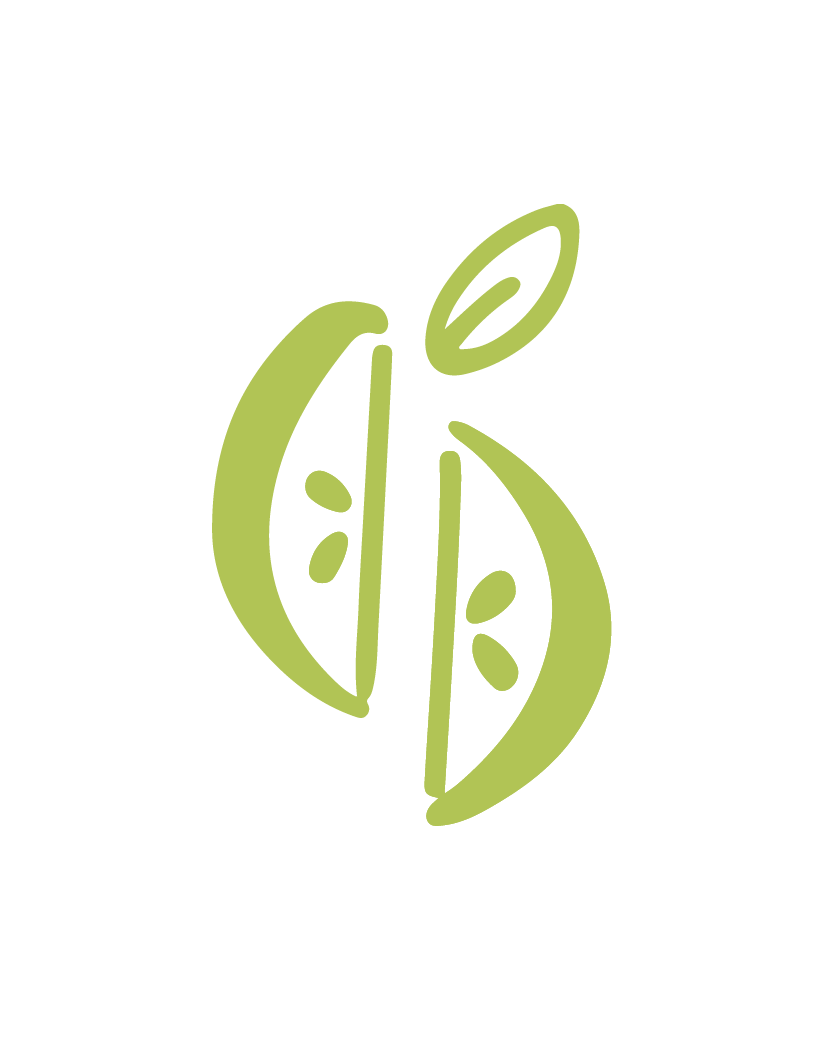 Ms. Beattie is a staff attorney for the St. Louis County Justice Services Pre-Trial Release Program. She received her B.A. from the University of Virginia and her J.D. from Georgia State University College of Law. Ms. Beattie, who also serves on the founding Board of Directors of Gateway Children’s Charity, has been a member of Missouri Appleseed’s Board of Directors since November 2017. 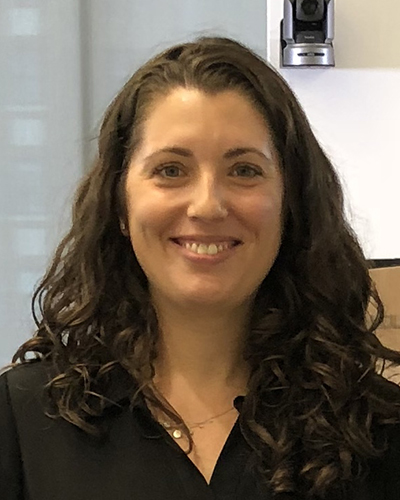 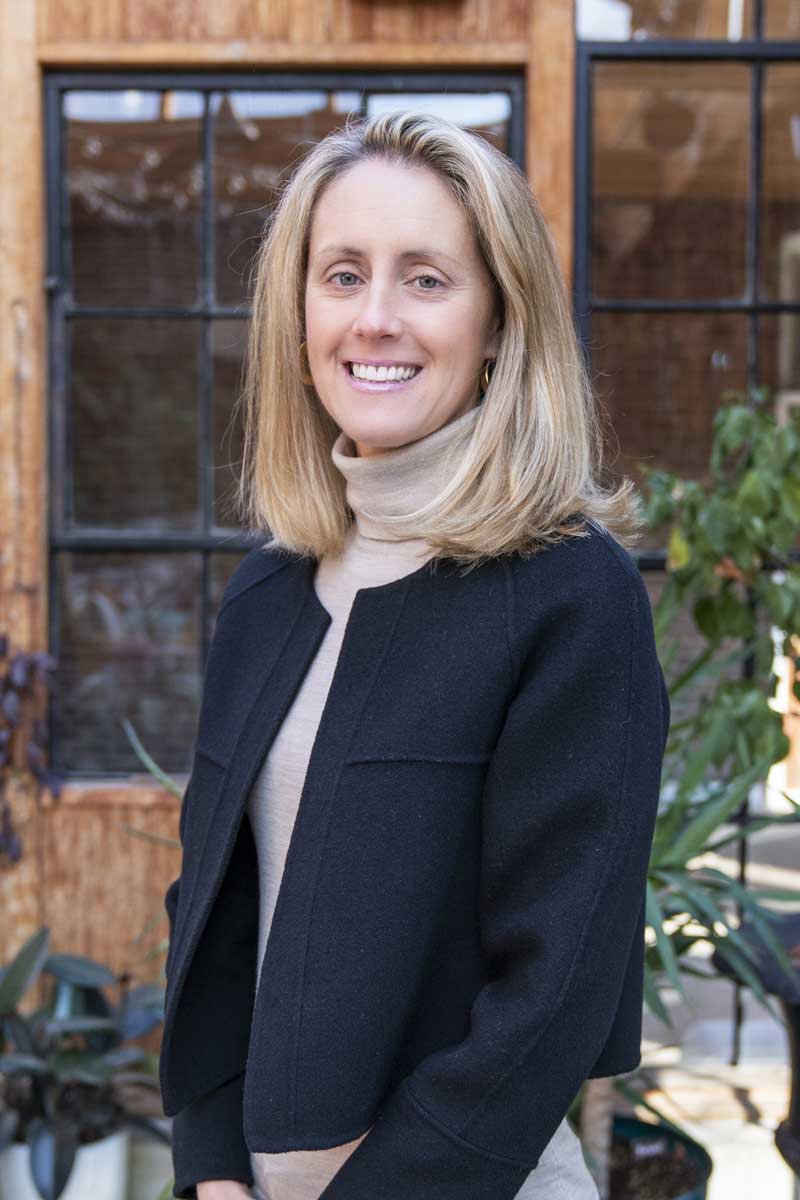 Liza Weiss is the Executive Director of Missouri Appleseed. Liza is a St. Louis native and former public interest attorney. She holds a B.A. from Yale University and a J.D. from George Washington University Law School. Liza’s professional background includes work with the Neighborhood Defender Service of Harlem, the Committee for Public Counsel Services, and the Children’s Law Center (DC).